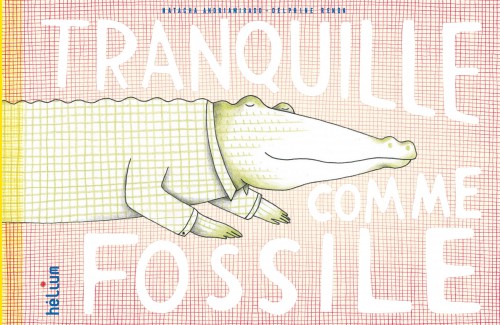 A wonderful story about a great bunch of animals.

Fossil, the quiet crocodile, loves going to the beach. Especially when the tide is low and all his friends are there! There are so many things to do! Watch the ocean, pick up seashells, take a little nap… There’s only one thing that worries Fossil – going in the water. Impossible! Crocodiles are not afraid of anything, certainly not water. Come on, Fossil, there’s no reason to be scare of the sea! Splaaash! Let the party begin!

The lovingly drawn, charming illustrations are full of thoughtful details, for something new with each read. As an added bonus, coloured dots appear alongside the text every time a new animal enters the story, introducing children to the concept of symbols and encouraging them to name colours as they count Fossil’s many friends.

“Readers have plenty to pore over as Renon’s precisely drawn and imaginatively dressed animals accumulate and invent new and often acrobatic antics to perform on their stoic friend’s back.” Publishers Weekly 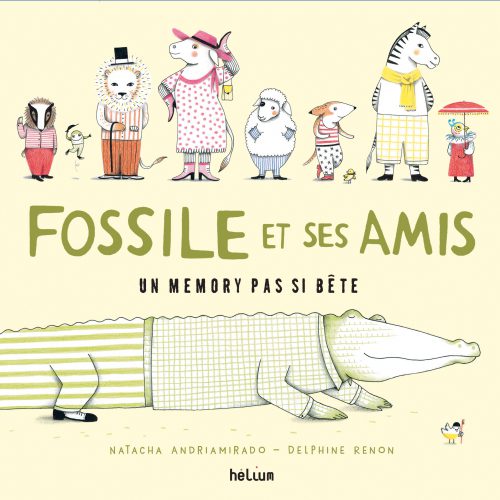 The Quiet Crocodile Goes to the Beach/Nageur comme Fossile